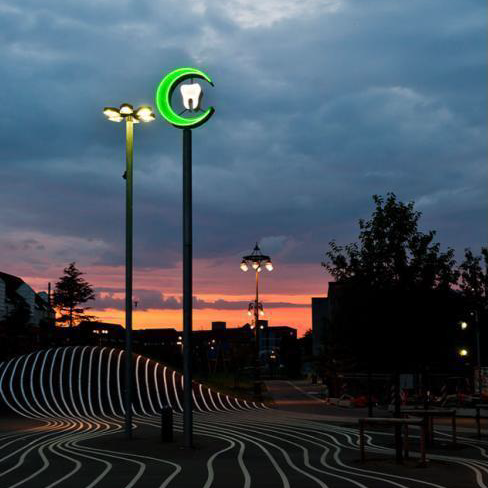 Ehsan Sheikholharam, a Ph.D. Candidate in the Department of Religious Studies, was recently published in the International Journal of Religion. His article entitled, “Borders within Borders: Superkilen as the Site of Assimilation”, tackles the question of the representations of Muslims. The article focuses on a park in Copenhagen, Denmark that was devised for immigrant communities. The park was commissioned to “deal with” the social unrest attributed to the Cartoons Controversy. Although the aim was to give voice and representations to the marginalized community, the designers built a curious streetlamp in the middle of the space. Instead of the famous crescent-star, the sign was a mixture of the crescent and a tooth! Incidentally, Ehsan points out that the crescent was among the symbols that was used in the cartoons.

The article brings to light the ambiguities of cultural representations. There is no easy answer, the article suggests. Ehsan’s timely publication can be placed amongst two other significant events: the Charlie Hebdo’s January 7 issue on the Iranian women’s movement, and the recent dismissal of the Hamline University’s professor who showed a painting of the Prophet in her class.