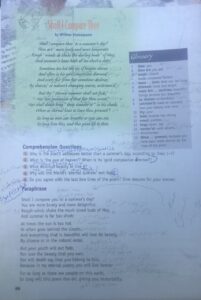 For more than 800 years, the Mosque of the Prophet Jonah defined a neighborhood in Mosul, the second-largest city in Iraq. It was a site of worship, a source of local pride, an important landmark – especially its tall minaret, which could be seen from all over the city – and an economic hub, attracting tourists and pilgrims from around Iraq and around the world.

In 2014, soon after seizing the city of Mosul in a raid of several hundred pick-up trucks, the self-proclaimed Islamic State placed massive explosives throughout the mosque and demolished it. They considered shrines to be un-Islamic.

In 2018, months after the Islamic State had been forced out of Mosul in a bloody, block-by-block battle, researcher Noor Ghazi, a professor of the practice at the University of North Carolina at Chapel Hill, visited the city with a small camera to understand how the people of Mosul had survived the Islamic State’s oppressive rule.

The North Carolina Consortium for Middle East Studies was honored to support Ms. Ghazi’s documentary film, and to screen the premiere on April 18, 2022, at the Nelson Mandela Auditorium in the FedEx Global Education Center at UNC-Chapel Hill, with Ms. Ghazi in attendance to introduce the film and answer audience questions afterward.

“The Mother of Two Springs: Mosul” – the title of the documentary refers to Mosul’s nickname as a city where autumn is as vibrant and fertile as springtime – follows Ms. Ghazi as she interviews residents of Mosul about their experiences during and after the city’s occupation by the Islamic State. Their stories are harrowing and moving.

One resident speaks of the destruction of the Mosque of the Prophet Jonah, and of the pain that this caused the neighbors who had been so proud of the ancient building. He would not allow Ms. Ghazi into the ruined mosque – it was still too dangerous, possibly littered with undetonated explosives – and instead carried Ms. Ghazi’s camera through the rubble himself, narrating the beauty and importance of the prayer room and tower that had stood there for centuries.

For him and for many others, the mosque symbolized the diversity and the resilience of Mosul – it was named after Jonah, the Biblical and Qur’anic prophet who was swallowed by a whale and survived through prayer and redemption. Jonah was supposedly buried at the site in Mosul – the ancient city of Nineveh – and the mosque was built as a shrine in his honor. Jonah’s presence in texts that are sacred to Jews, Christians, and Muslims endowed the shrine with a symbolism of interfaith coexistence, a historic cosmopolitanism that was also reflected in the demographic diversity of Mosul and the surrounding region, which have long had residents who speak Arabic, Kurdish, Turkish, and other languages, and who identify with Islam, Christianity, Judaism, the Yazidi faith, and other religious traditions.

The Islamic State sought to destroy that diversity, but Ms. Ghazi’s film shows that Mosul’s spirit of openness has survived both the extremism of the Islamic State and the grueling war to dislodge it.

In Ms. Ghazi’s film, the man who had walked through the rubble of the Mosque of the Prophet Jonah stands just outside the mosque for an interview. He points to the damaged houses of his extended family, which lived in the neighborhood, and speaks of the challenges his family faces in rebuilding their lives.

Off camera, he stooped to pick up a notebook from under the rubble of a house, and gave it to Ms. Ghazi. “Tell the world our story,” he said. Ms. Ghazi accepted the gift and wrapped it in newspaper. She promised herself she would not unwrap it until her film was complete.

At the documentary’s premiere, Ms. Ghazi unwrapped the notebook and donated it to the North Carolina Consortium for Middle East Studies.

The gift is an English language-learning workbook, completed with a young person’s handwriting, along with notes to self in Arabic. It is a testament to the aspirations of the people of Mosul, who have survived horrors and are working to reclaim their cosmopolitan ideals.

In this spirit, the North Carolina Consortium for Middle East Studies has put the workbook on display at the FedEx Global Education Center to honor the people of Mosul, and to thank Ms. Ghazi and her team of filmmakers for telling the story of this remarkable city.