CMEIS Lecture Series: “The History of Chinese Muslims as a Link between China and the Middle East”

Dr. Zvi Ben Dor Benite is a professor in the Department of History and the Department of Middle Eastern and Islamic Studies at New York University. He specializes in Chinese and Islamic history, and his research enters on the interaction between religions in world history and cultural exchanges across space and time. He is the author of The Dao of Muhammad: A Cultural History of Muslims in Late Imperial China; The Ten Last Tribes: A World History; and more recently, an edited volume on Middle Eastern Jewish Though; an edited volume on Sovereignty; and a monograph entitled Crescent China: Islam and Nation After Empire.

RSVP for credit on HeelLife 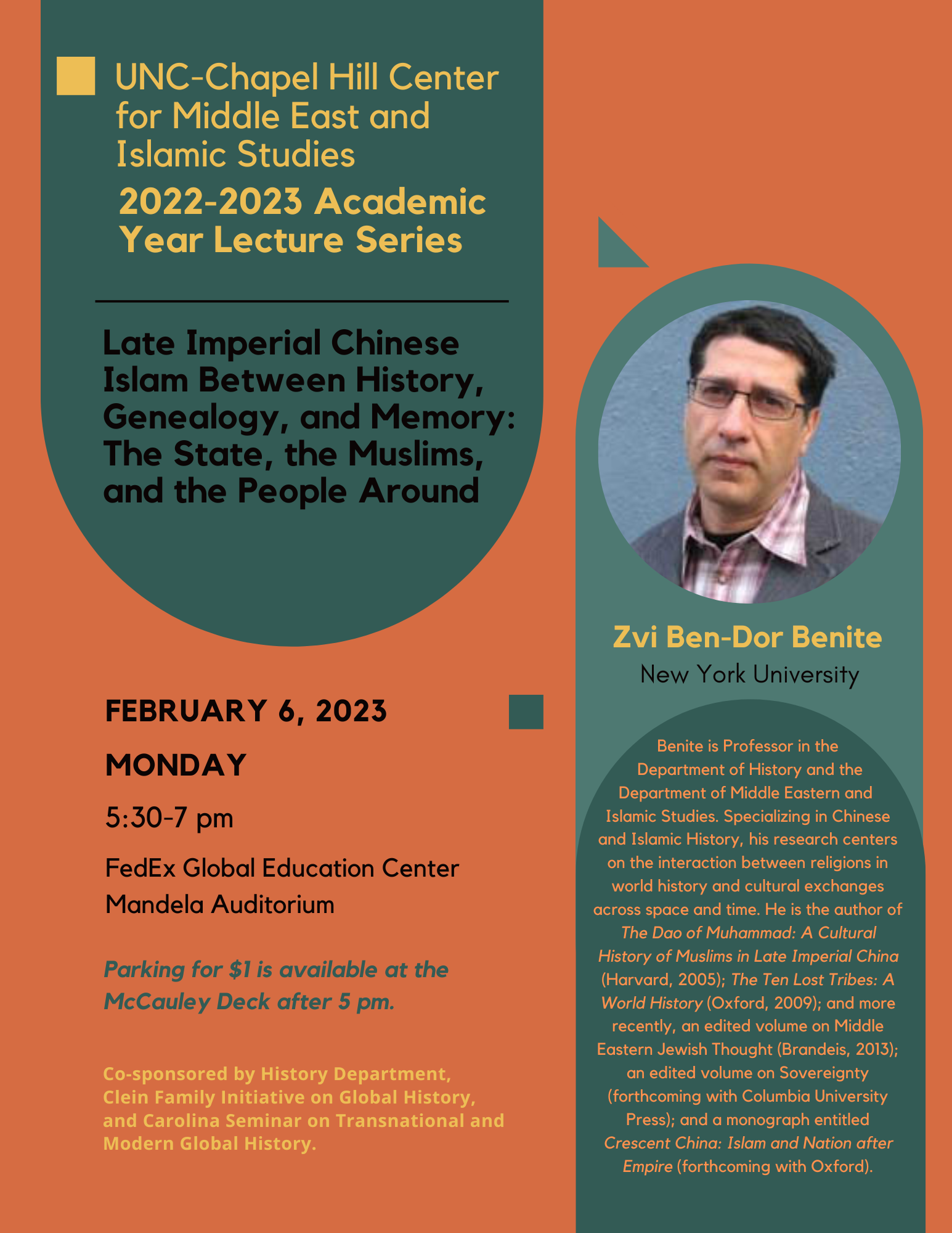 This event is part of the UNC Center for Middle East and Islamic Studies 2022-2023 lecture series: “Legacies of the Middle Eastern and Muslim Experience of the 20th Century.” Co-sponsored by the UNC History Department, Clein Family Initiative on Global History, and Carolina Seminar on Transnational and Modern Global History.