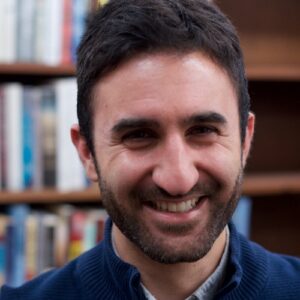 Dr Arash Davari is an assistant professor in the department of Political Science at the University of Minnesota, Twin Cities. His writings have appeared in journals such as Political Theory, Comparative Studies of South Asia, Africa and the Middle East, and Radical Philosophy. His first book manuscript reappraises debates in political theory about self determination, revolution, and the extraordinary through reconstruction of discursive conditions that made the 1979 revolution in Iran possible.

RSVP for credit on HeelLife

This event is part of the UNC Center for Middle East and Islamic Studies 2022-2023 lecture series: “Legacies of the Middle Eastern and Muslim Experience of the 20th Century.” Co-sponsored by the UNC History Department, Clein Family Initiative on Global History, and Carolina Seminar on Transnational and Modern Global History.